The Myth of Aggregate Demand

Posted by Smiling Dave
Summary of the other side:
We all know the Keynesian line. That a recession means there is a lack of aggregate demand. So somehow the powers that be have to increase that demand, and all will be well.

What do they  mean by demand?
"Demand" in such a discussion always has two components. People have to want it, and to be able to afford it. For instance, if I suddenly crave a shiny Camaro but cannot afford it, my yearnings have not increased demand for Camaros. [That's why the old time economists called it "effective demand"]. Also, if I can afford a Camaro, but just don't want to buy one, my being able to afford it does not constitute demand for a Camaro either. Only if we have both ingredients, that I want a Camaro, and can afford a Camaro, do we say there is a demand from me for a Camaro.

Which part of demand is missing then?
Now when Keynes says there is a lack of aggregate demand, which of the two components of demand are missing? It seems obvious to me that if the desire is gone, there is no point in creating an artificial demand. For instance, if the horse and buggy industry suddenly felt a lack of demand in the early twentieth century, because everyone wanted cars instead, then I think even Keynes would agree that the horse and buggy people are out of luck. There is no usefulness in taxing or inflating or borrowing money just to keep them in business when nobody wants them anymore.

Indeed, I will give Keynesians the benefit of the doubt and assume they are not saying "You fools should want I decide you should want, and if you stubbornly insist on not wanting it, I will force you to buy it anyway, through taxation etc." 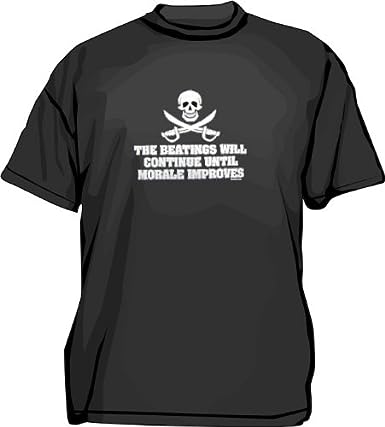 [Edit: Actually, Keynes meant exactly this! The problem is that rich people don't know how to spend money, he says. More on this in my humble blog. But we will continue our analysis here because other people seem to think the real problem is what follows. The latest thinker in this vein is none other than Tax the Rich Obama.]

Demand means moolah in this context.
So that when Keynesians talk about lack of aggregate demand, what they must mean is that people do indeed want what is in the factories, but cannot afford it. So the goal must be to somehow give people more money so they can afford what they so badly want.

But where will the money come from that you are giving away so freely?
Now if the govt taxes people, that is not going to make the county richer in the aggregate. It just reshuffles existing money. That being the case, taxation cannot be the cure.

Similarly, borrowing money from abroad will not make people wealthier either. Ask anyone who has maxed out his credit card if it made him any richer.

Print more money and you increase purchasing power, free.
There remains one possible solution to making everyone wealthier. Print the money.With this clever tactic, people now have the money they so badly needed to buy the things they could hitherto not afford.

Now don't be a spoilport, Smiling Dave
But wait. Where did this new buying power come from? Is it some magical thing? Can the mere act of printing money change anything basic in the economy? How does it work?

What I mean is this. Say you are watching a stage magician waving his hands and making something levitate. You have just taken a physics course, and you wonder, which law of physics made that thing float? Isaac Newton taught me that things only move if a force is applied to them. Where is the force in this magic act?

Similarly, in the world of economics, things don't just happen by themselves. There are well known laws, such as the laws of supply and demand, that explain why doing A produces effect B. And just as there is a law of conservation of energy in physics, there is a law of conservation of purchasing power in economics. Increased purchasing power can only come from increased production. [It's called Say's Law. And now you know why Keynesian hate it and try to wish it out of existence. It proves their absurd theories are indeed absurd]. If there is no increase in production, there cannot be an increase in purchasing power. So how does printing money increase the buying power of people? Printing money is not a productive act. No new good or service was created.

OK, Dave, you tell me. Where did the purchasing power come from?
There is only one answer, and Mises spelled it out. When you print new money and hand it over to someone, thus increasing his purchasing power, you are at the same time taking away purchasing power from everyone else in the economy. [It's called inflation].  In other words, "increasing Aggregate Demand" is impossible to do by printing money. All you can do is shuffle around who has the demand [=ability to buy], but you cannot create more of it.

Tune in next blog.
So what is the secret? How do you increase the buying power of everyone? Is it even possible? Tune in next blog, where Smiling Dave will spell it all out.